Special thanks to everyone who attended SEMpdx’s speaker panel “The Future of Search” at Innotech Oregon’s eMarketing Summit on April 21. The session was moderated by Lisa Williams, the President of MEDIA forte marekting.  The speaker panel included presentations about current and possible future trends in SEO, Paid Search and Social Media. If you missed the session or would like a second look, then check out the slides from the presenters below.

SEMpdx staffed a booth space in the Innotech exhibit hall, as well as in an adjacent hall where the RMLS Trade Fair was being held. Thank you to those who stopped by our exhibits in both shows. From the business card entries, six lucky people have been drawn to win some great prizes, as seen below.

Congratulations to all those receiving prizes!  Dates for SearchFest 2012 and the Rooftop Party have not been officially set. The Rooftop Party, however, will be held in August

Alan has worked as the Marketing Manager at Columbia Steel Casting Co., Inc. since 1998. He’s also on the Board of Directors or SEMpdx since 2010, and is currently Past President. 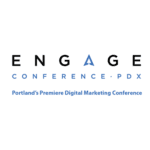 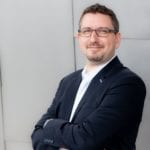