“I ain’t sayin’ I beat the devil, but I drank his beer for nothing…Then I stole his song.” Kris Kristofferson 28 And God blessed them, and God said unto them, Be fruitful, and communicate, and replenish the web, and subdue it: and have dominion over the commercial web, the social web, and over every living thing that goeth online (and ICANN was born).
29 And God said, Behold, I have given you every possible tool from which you can create and run online communities and commerce (plus the ability to endlessly innovate to suit the collective purpose).
30 And to every man and woman on earth, I’ve given them the ability to get onto the web and use it in such a way to enhance their life (and the life of their loved ones).
31 And God saw every thing that he had made, and, behold, it was very good. And the evening and the morning were the sixth day. Pictures from the Cinematic Masterpiece “Days of Heaven”. Please note that I’ve done similar posts before. 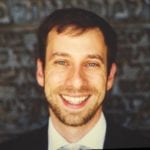