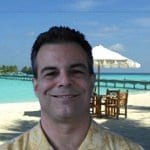 Scott Hendison is the CEO of Search Commander, Inc. providing trusted internet services in various capacities for dozens of clients and hundreds of domains.

He’s a former Portland computer & software retailer that built a sales and service business from 1997 to 2002.

He began “doing SEO” by stuffing software titles into the meta keyword tag of his stores home page to rank on Alta Vista in an hour, and learned to manage PPC with the very first service called GoTo (which became Overture, which became Yahoo Ads, which became Bing Ads).

In 2008, he launched GetWPress, a service for small agencies needing reliable WordPress services while he focused more on affiliate marketing than clients, and became a pretty good link spammer.

In 2009, SEO Automatic was released, a suite of white label / brandable WordPress tools & SEO reports, but that was retired in 2018.

As one of the founding board members of SEMpdx, Scott has spoken on numerous panels at search industry conferences in the past 15 years, while continuing to learn the industry on a daily basis.