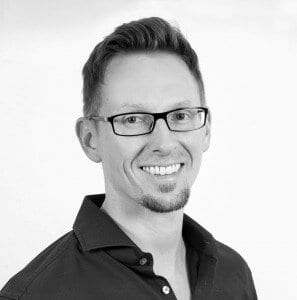 Well known in SEO circles as an innovative thinker and the founder of Searchmetrics, Marcus Tober also founded Ecards and More, one of the largest German online greeting card companies. When Marcus sold a majority share of the company in 2008 to Rocket Internet, it had as many as 180,000 unique visitors per day and generated up to 30 million impressions—results driven primarily by SEO. Now called Bonnyprints, it is one of Europe’s fastest growing online destinations for print products.

When Marcus began in earnest to develop search analytics software, search engine optimization was a little like panning for gold in the Hudson River – an unruly race between a handful of pioneers. In order to take his work to the next level, he devised a number of tools with which he assembled his own and others’ SEO projects into a dynamic, up-to-date database. With his comprehensive approach and an eye for detail, he quickly became one of the leading minds in the nascent field of search engine optimization. In 2005, Marcus founded his first SEO company which became Searchmetrics in 2007 and rapidly evolved the company to become a market leader in search analytics software.

As CTO and founder, Marcus continues to drive the ongoing improvement and development of our software while our team of highly skilled specialists guarantees the exceptional standard of data and innovation on which Searchmetrics was founded.

A self-described Big Data and stats geek, Marcus is frequently asked to comment on trends in the industry. Every time Google makes a significant change to its algorithm— think Panda—or upsets the apple cart with ideas like secure search, Marcus is in demand. And he doesn’t mind ruffling some feathers with his opinions.

“I’ve never been a ‘me too’ guy. I always want to give new technology a try even when it’s disruptive. My focus for Searchmetrics is to be top-notch in everything: software, team, motivation and spirit.”

Go to Marcus’ Session on the Agenda